April 23, 2015
I had the opportunity to work with Photographer Martin Higgs a couple of years ago when we was both booked for the same shoot by Wig company Annabelle's Wigs.

Since then, I have watched Martin's photography grow and grow and was quite in awe of a lot of his close up beauty work.  Therefore I was overjoyed to get the chance to work with him again.

We started up a pinterest board of looks that we both liked and would base our inspiration on; https://www.pinterest.com/amyprifti/martin-higgs-amy-prifti/

The shoot took place at Kirstie Blake Photography studio and we was joined by three amazing models; 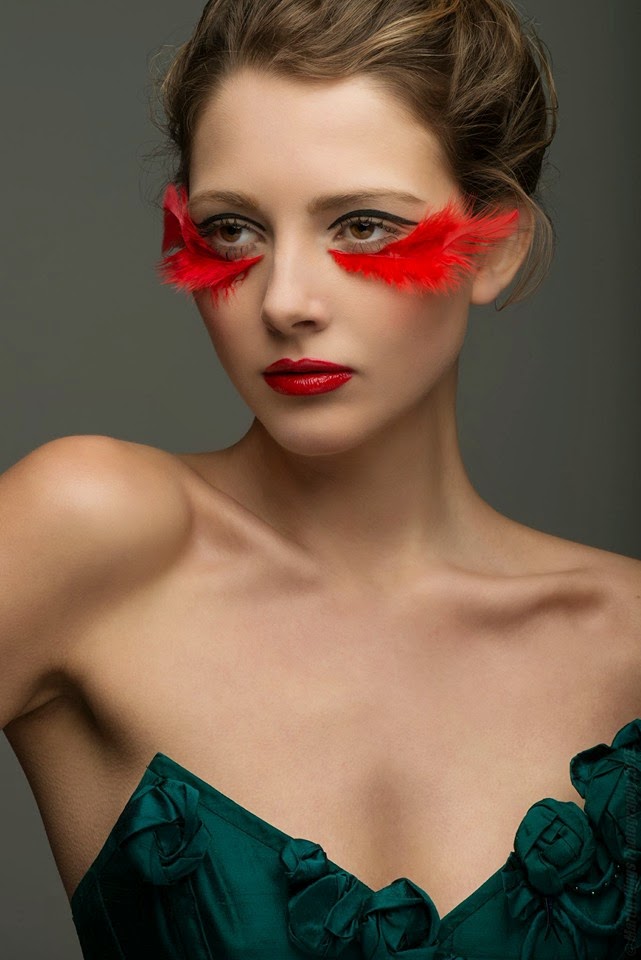 After using a Kryolan Foundation base followed by Dermacolor concealer palette for concealing, highlighting and shading I set the skin with dermacolor fixing powder.
I used Kryolan eyebrow palette to fill in Hayley's eyebrows and then applied a Rimmel Black liquid eyeliner on the eye lid.
I attached feathers under the eyes using duo eyelash glue.
I then added some soft Kryolan blusher.
Before finishing the look off with Red Rimmel lipstick. 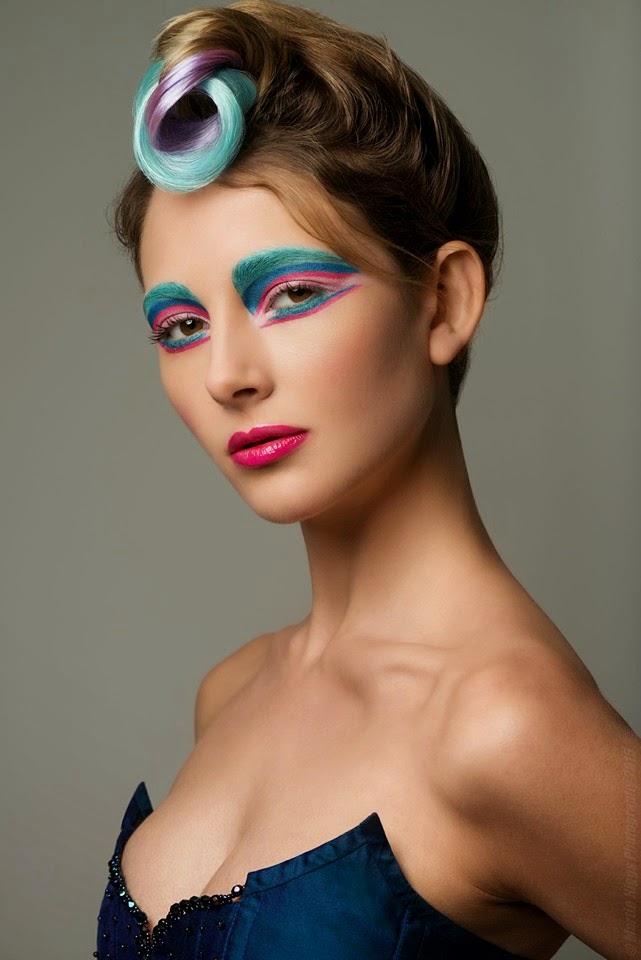 Hayley's second look was created using the same foundation, concealer, powder and blush as before.
For the eye colours, I used a bright matte coloured palette I have and built the colours up until I achieved the intensity required.
I finished off with a Rimmel Bright pink lip gloss.
The hair piece that I used at the front was customised using a full wig by Annabelle's Wigs.

Our second model was Mery SP 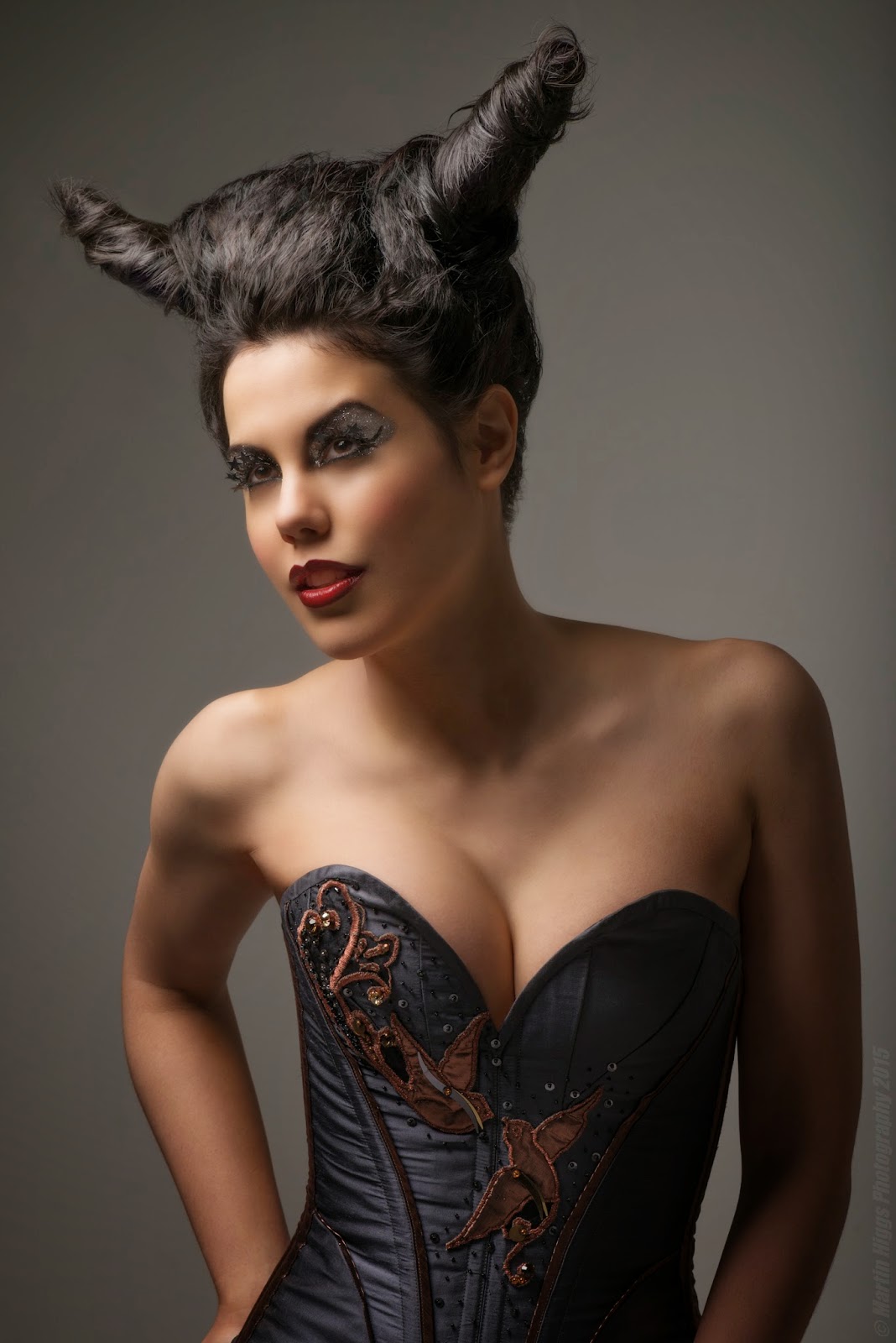 Before the shot I decided to make some 'hair horns' using chicken wire as a base and then by winding hair pieces made by Annabelle's Wigs around the shapes that I had created.
I also custom made some eyelashes using black stars that I glued onto the end of some strip lashes that I already had.
After applying foundation, concealer, highlighter, shading and powder (as above) I elongated Mery's eyebrows using a black matte eyeshadow.
I then applied a small amount of duo eyelash glue to the eyelid before applying silver glitter to the entire lid and up to the eyebrows.
I finished off with black liquid eyeliner, mascara and my eyelashes that I had pre-made.
The look was completed with a lovely dark red lipstick by Kryolan. 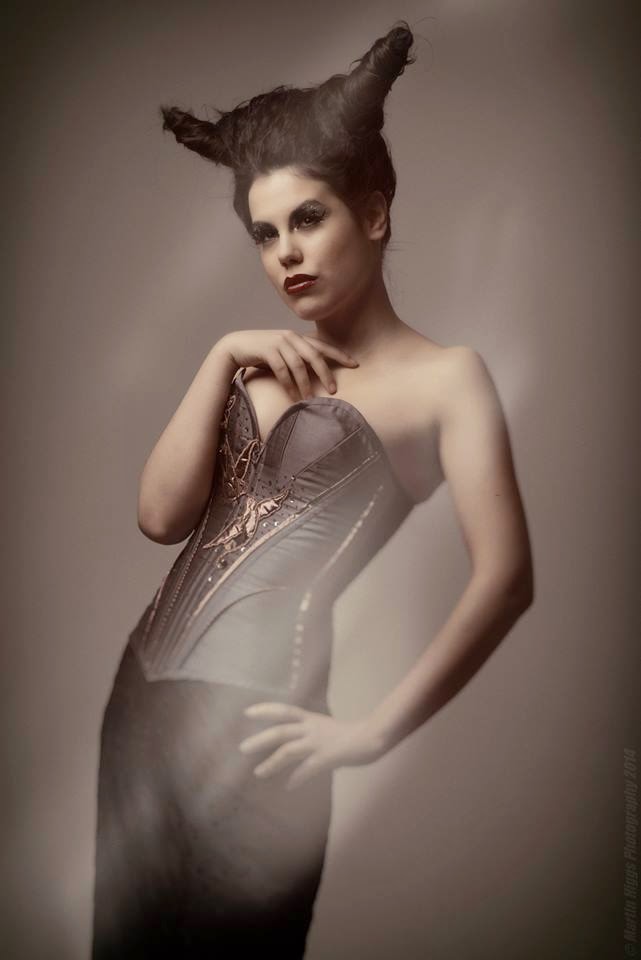 Our final model was Emily Bunclark ; 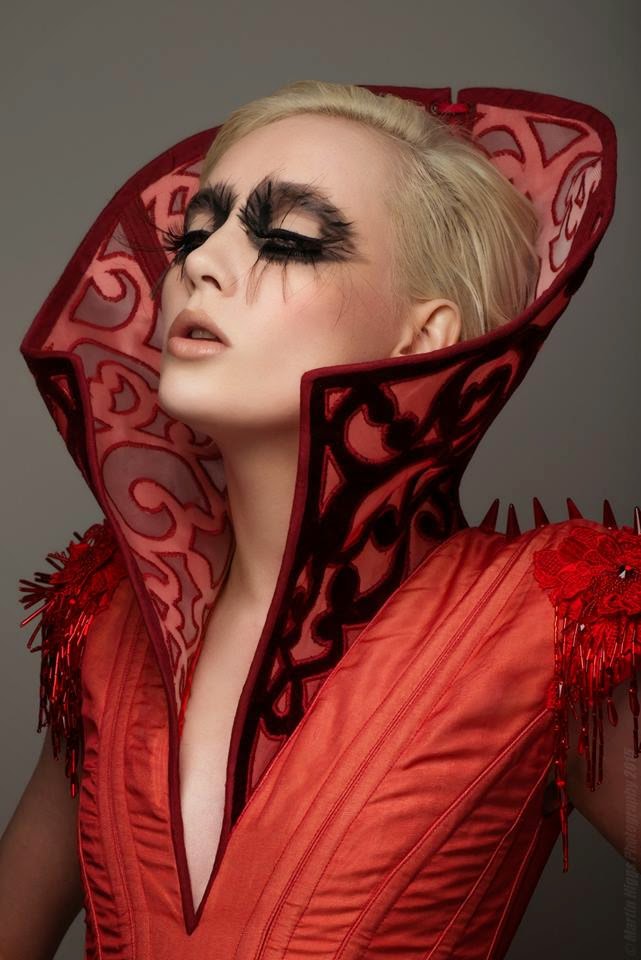 I pre-made both upper and lower lashes to create this look by gluing some hair from Annabelle's Wigs in sections onto strip lashes.
After applying Supercover foundation and Dermacolour concealer in all the right places, I then applied a matte flesh tone colour on the eyelids.  I used black eyeshadow and black liquid eyeliner to create the look around Emily's eyes.
I then applied the lashes that I had made, finishing off with a slick line of liquid eyeliner along the lash line.
After applying a natural blusher, I finished off the look with a nude lip liner and lipstick. 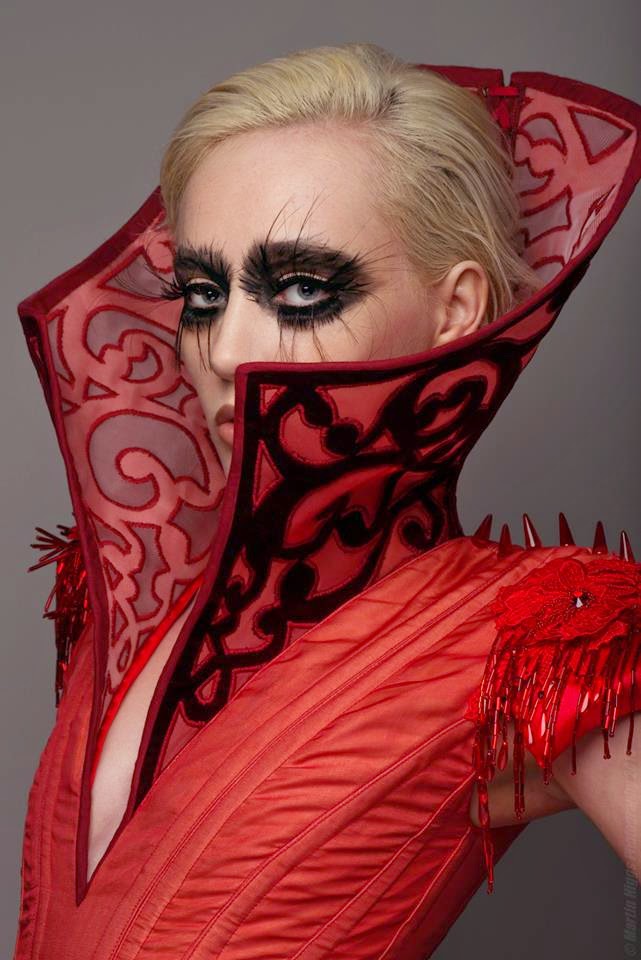 This was a great team of creative people to work with and I am so happy that Martin Higgs was the photograher as he captured each of the looks perfectly.

I would love to hear your feedback and which of the above looks are your favourite.

Lastly, I would like to thank Designer Chrissie Nicholson-Wild for supplying her amazing corsets for this shoot.  I would not have been able to create these looks without them!