If I did the she would say:
'Naughty girl to disobey!'

'Your hair shan't curl and your shoes shan't shine,
You gipsy girl you shan't be mine.'

And my father said that if I did,
He'd rap my head with the tea-pot lid.

My mother said, I never should,
Play with the gipsies in the wood.

The wood was dark, the grass was green,
By came Sally with a tambourine.

I went to sea - no ship to get across,
I paid ten shillings for a blind white horse.

I upped on his back and was off in a crack.
'Sally, tell my mother I shall never come back!'

I read this poem since  a little girl and it was the first thing that came in to my head when I was approached by Malumi to create the hair for their next music video, 'Lullaby' - out soon.

I was told to think fairies, enchanted woods, hobbit caves, a mid summers night dream.  And I was asked to create Boho plaits, twists and weaves...... How could I refuse? 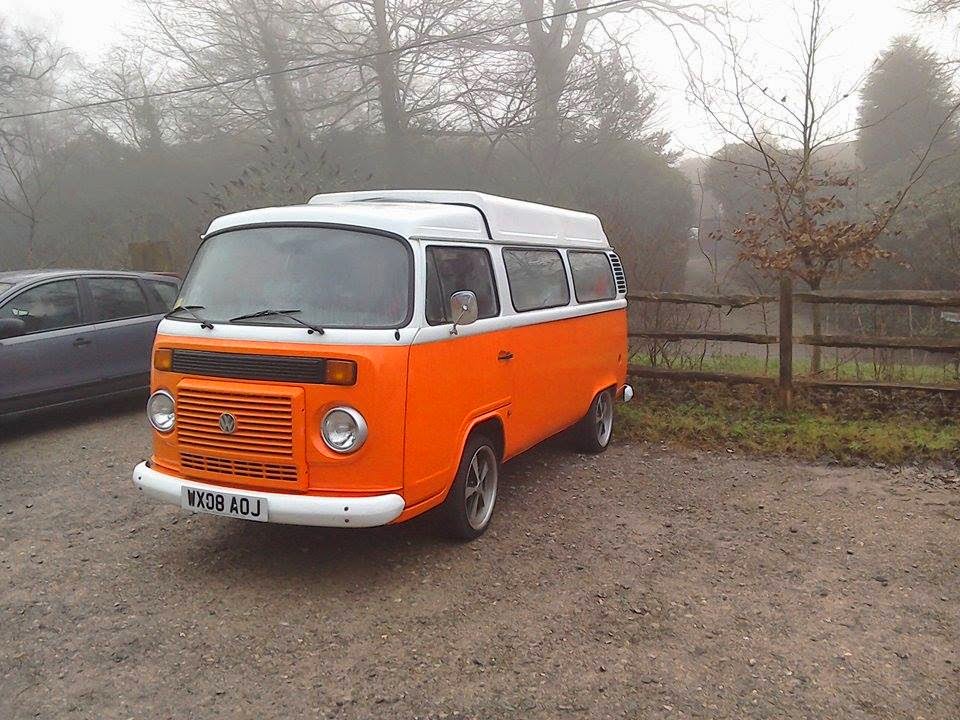 A 7am call time and I arrived at Plaw Hatch farm raring to go.... My base? This gorgeous camper van from www.retrocampervan.com - Complete with light at the back which is just as well seeing as it was still dark at 7! 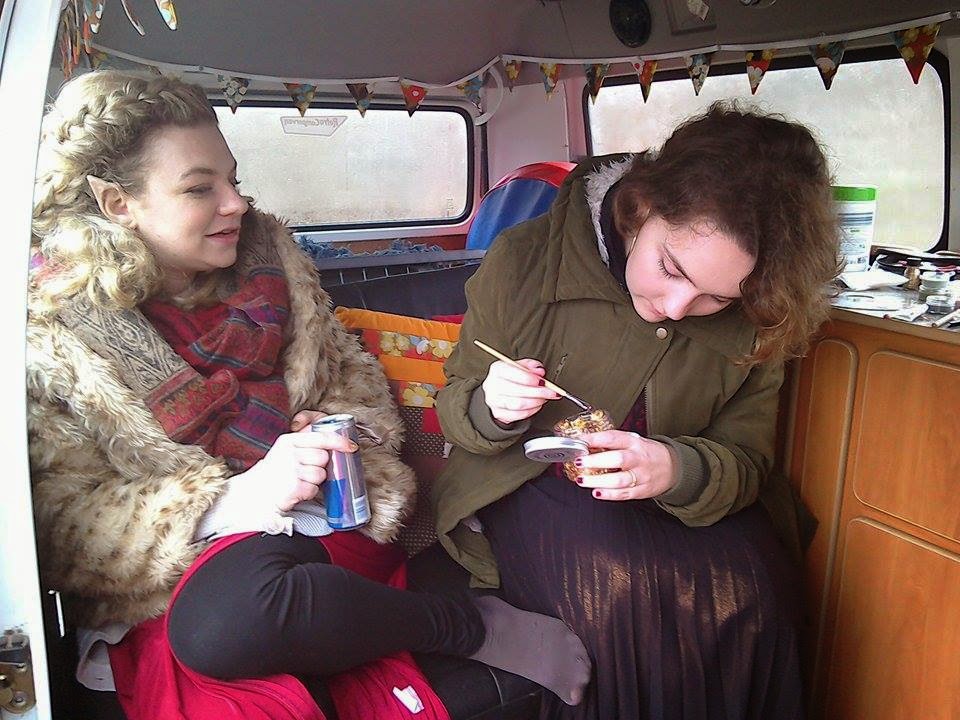 Sara Rose was first up for hair and make up as she had an early call time to start filming her bits first.  Klaire de Lys applied make up on everyone including latex ears that she had pre-made. 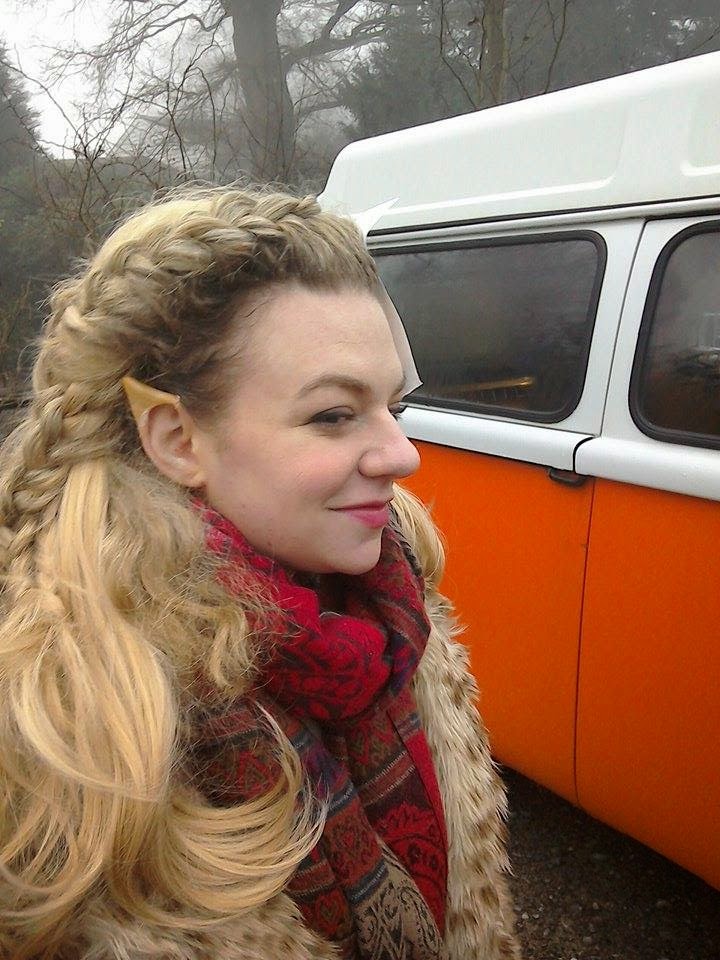 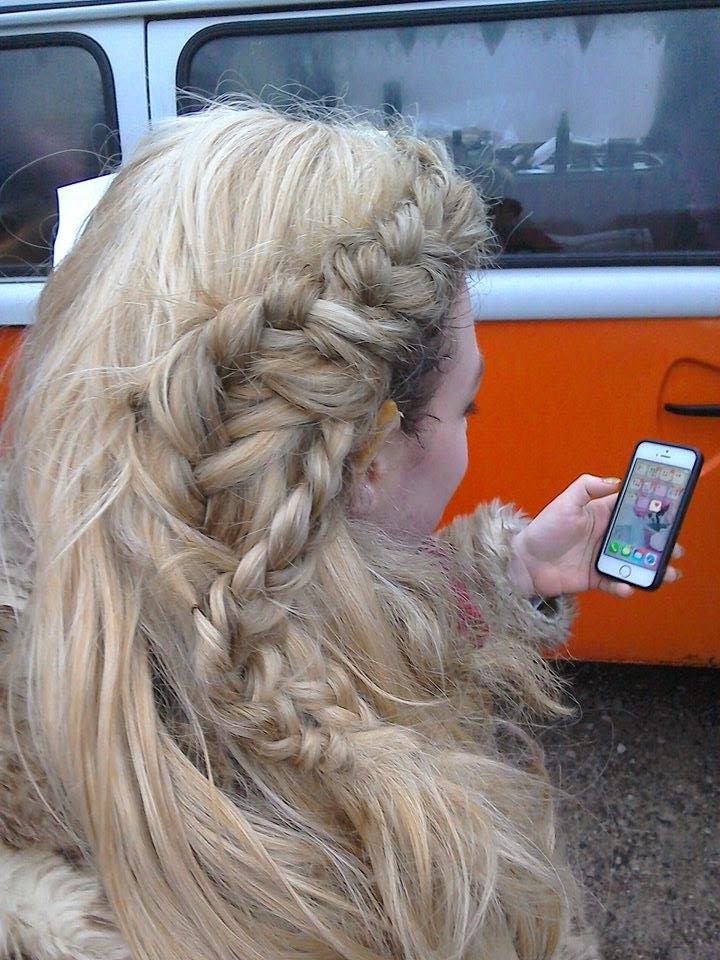 For Sara's hair, I attached a 3/4 wig, supplied by Annabelle's Wigs and then got to work with a few different plaits across the front and some thicker plaits entwining down the sides.  On the other side I incorporated a few twists and the hair piece blended in perfectly. 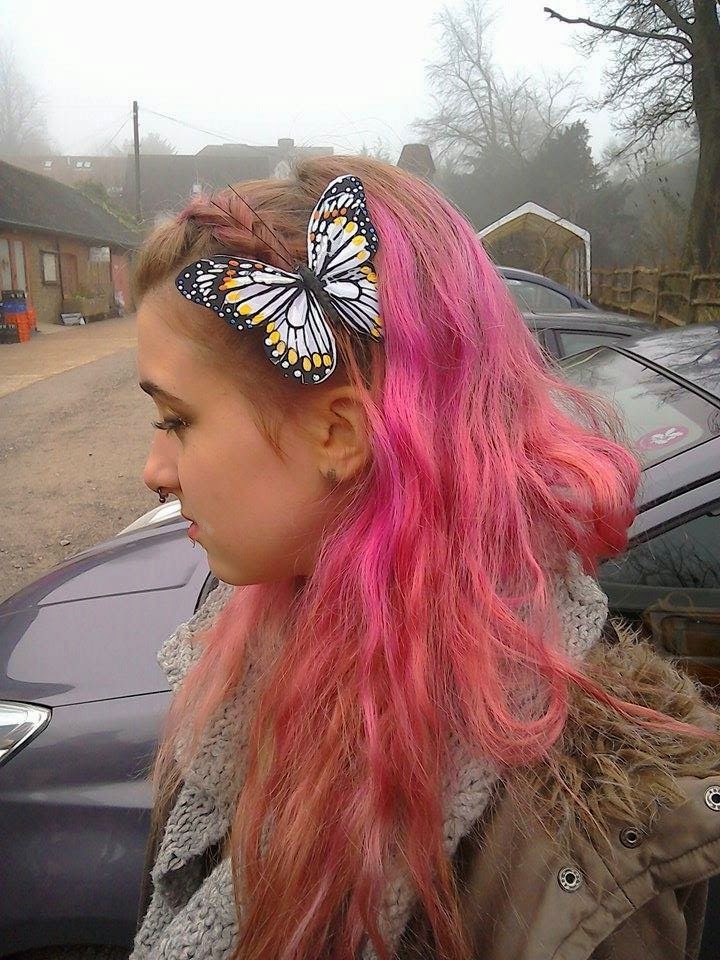 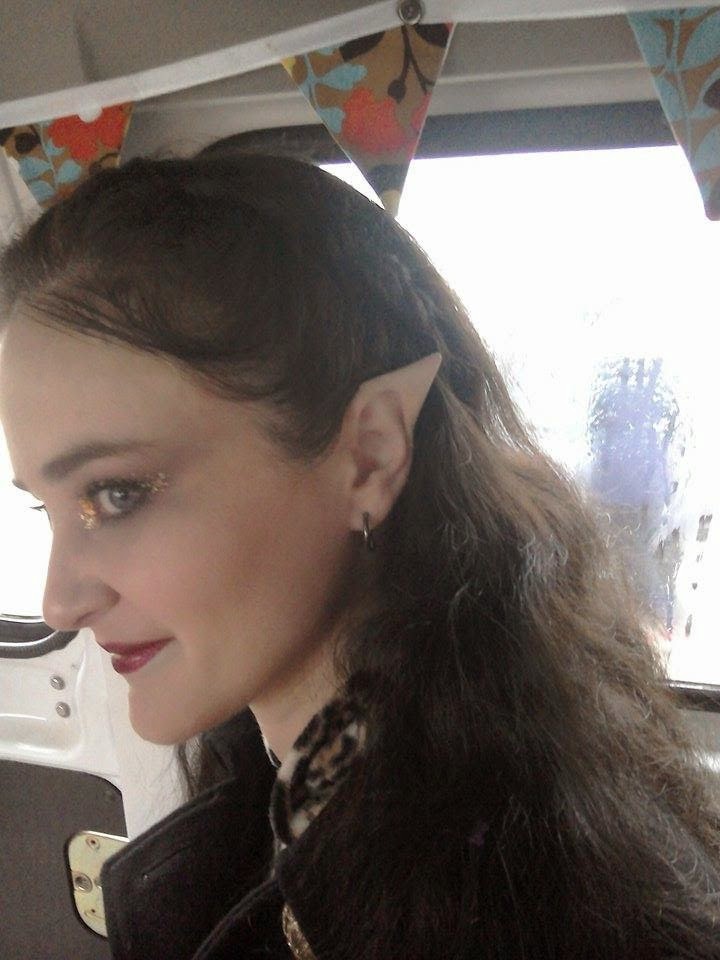 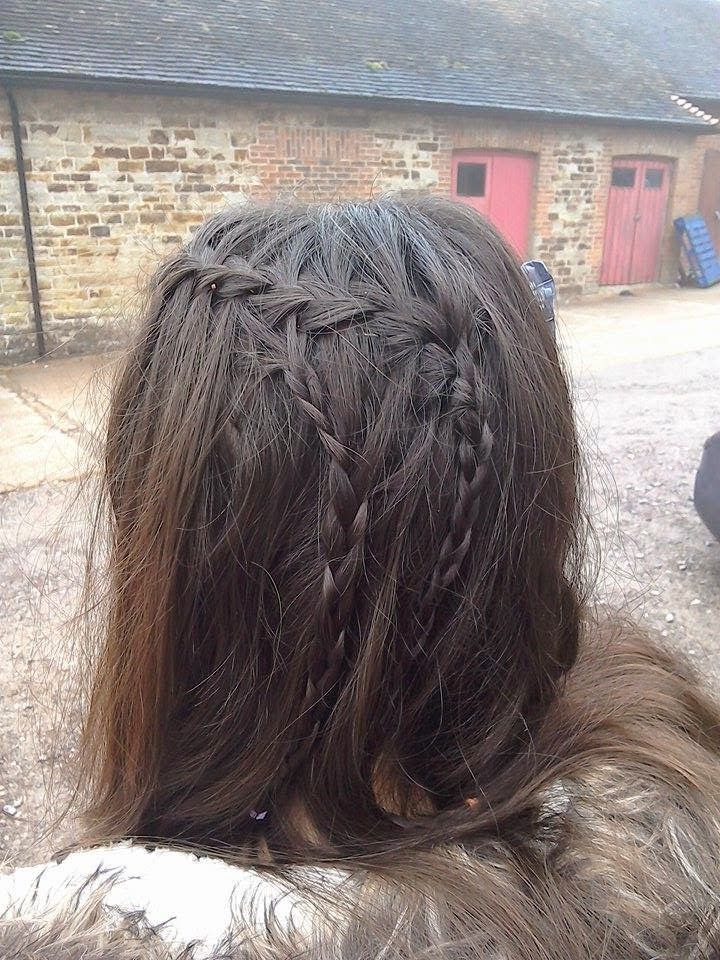 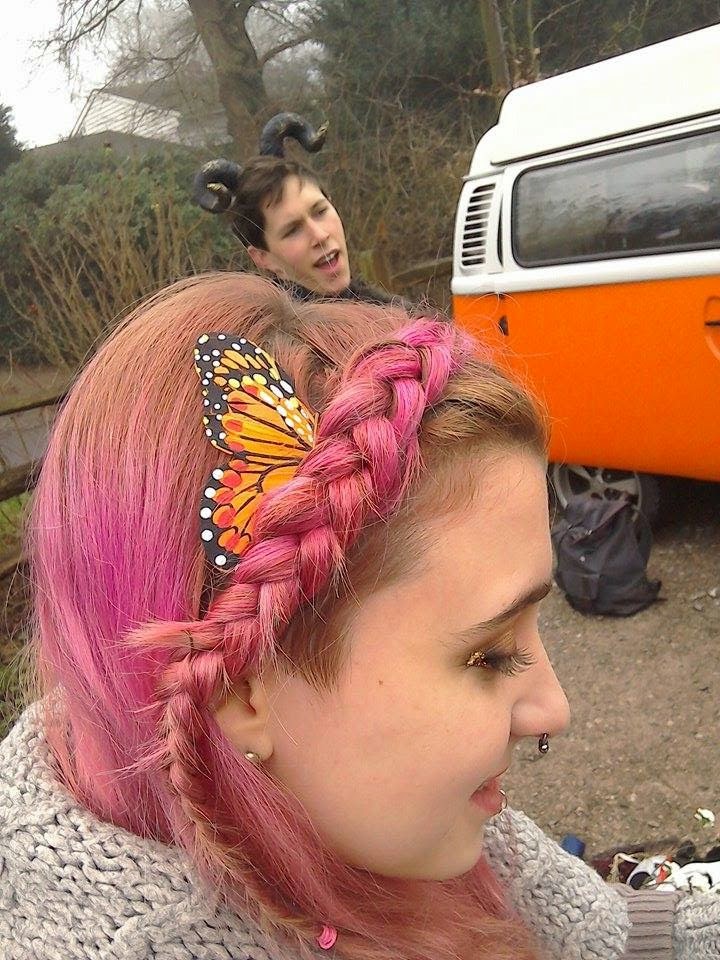 As part of the music video, was many other fairies and elves who required various braids and twists which I created using french plaits, dutch plaits and waterfall plaits 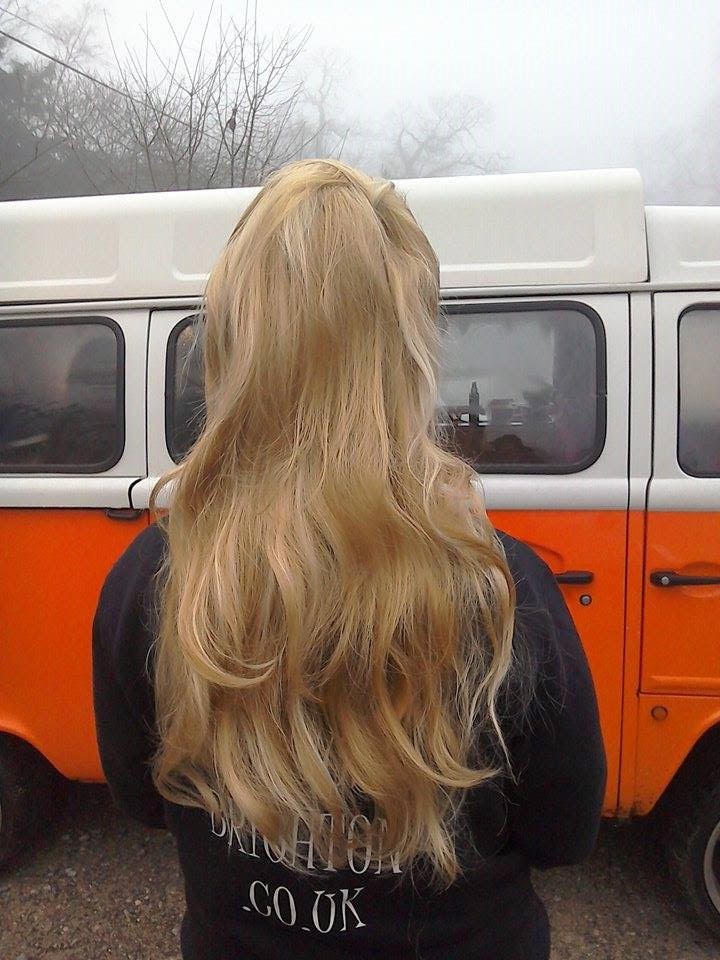 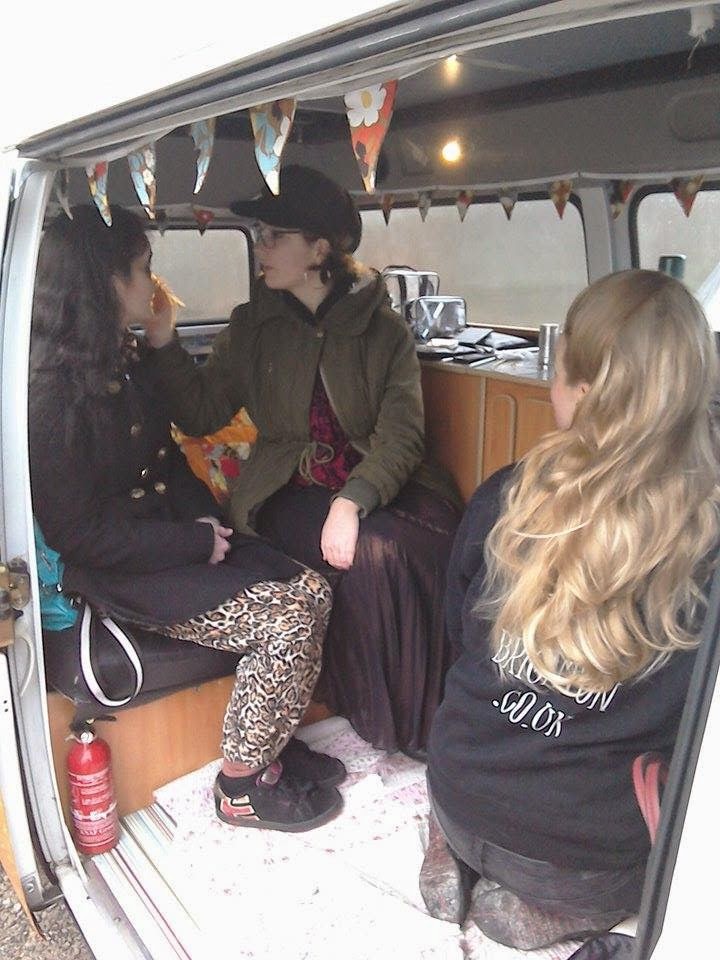 A fire dancer was also part of the music video so when it came to styling her hair, it was really important to make sure that it was also kept out of her way.  I decided to use another hair piece from Annabelle's wigs, this time a high pony so that it would give me some height at the top before I added a few small plaits - Once again, the colour match was perfect. 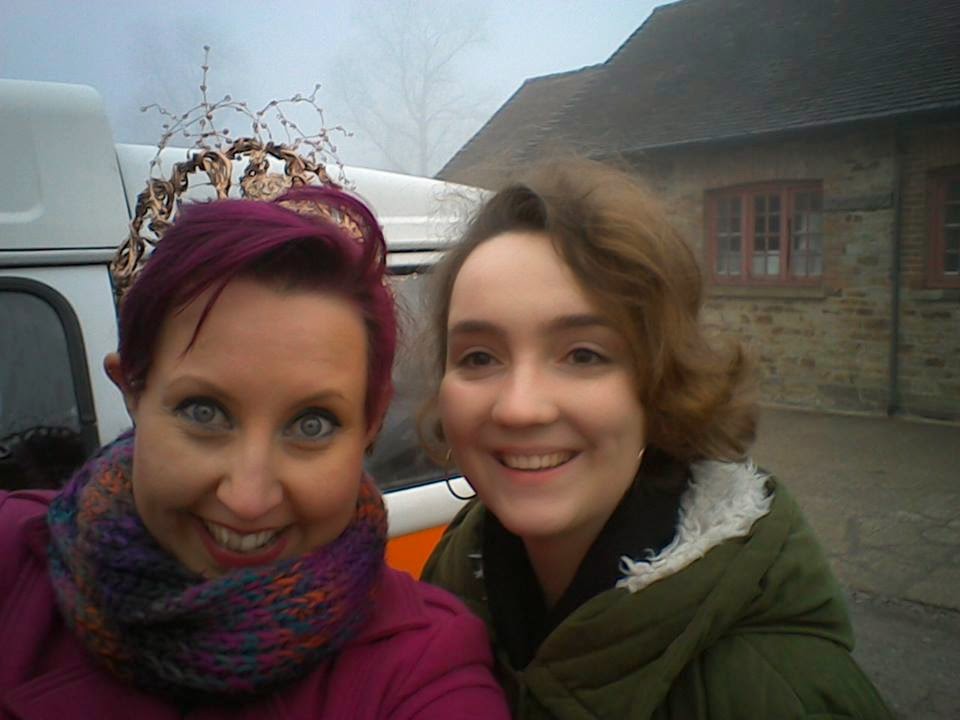 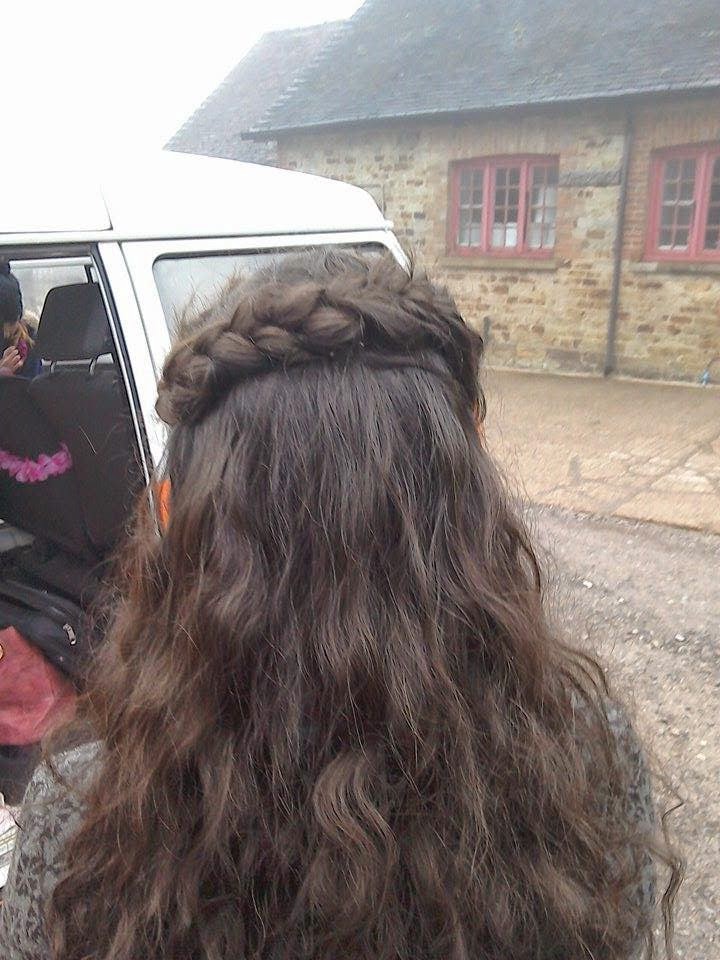 On finding out that there was a fairy queen and taking a look at the crown that Klaire had made, there was a quick second to take a selfie wearing said crown before creating a plait on the real queen fairy and placing the crown on its rightful owner. 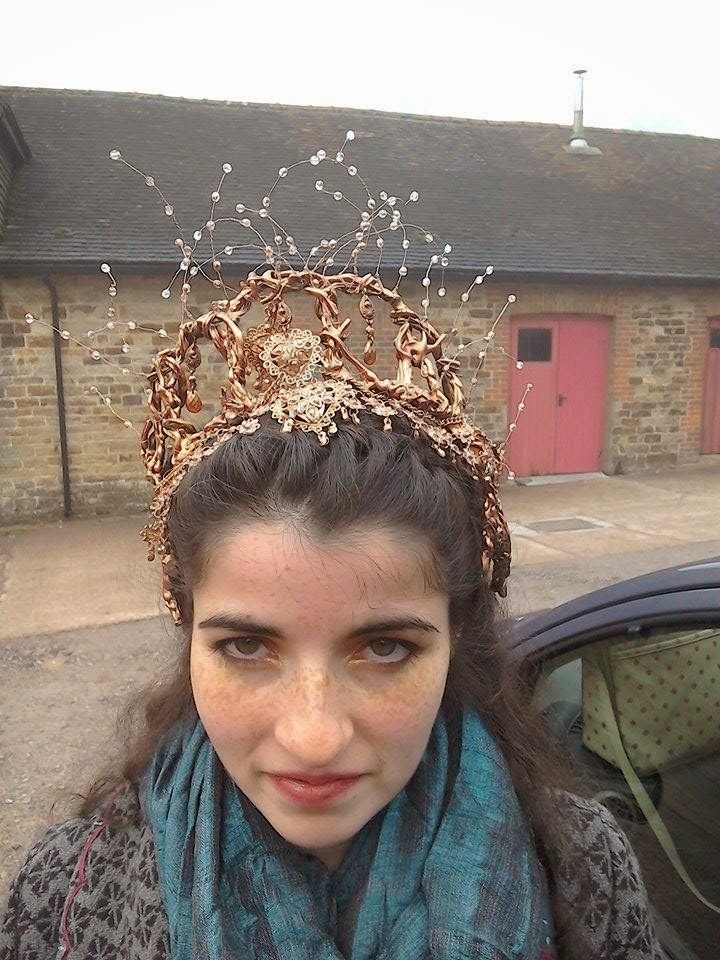 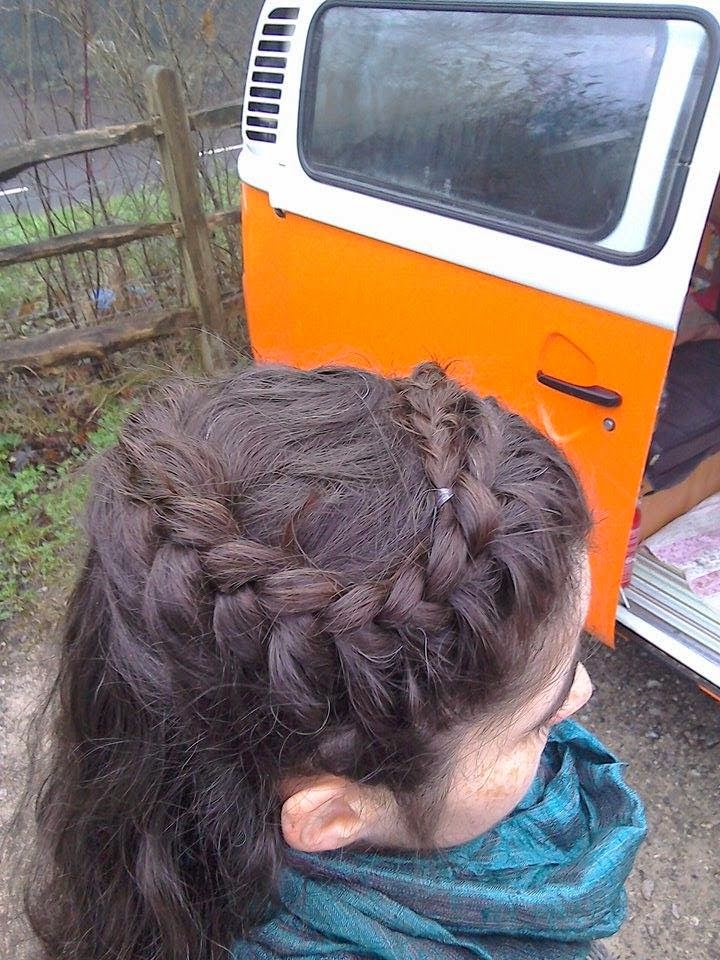 Klaire then showed be some horns that she had made for two male actors who were also taking part in the video....... And on que, I stuck my head out of the camper van to find two young lads awaiting for me! 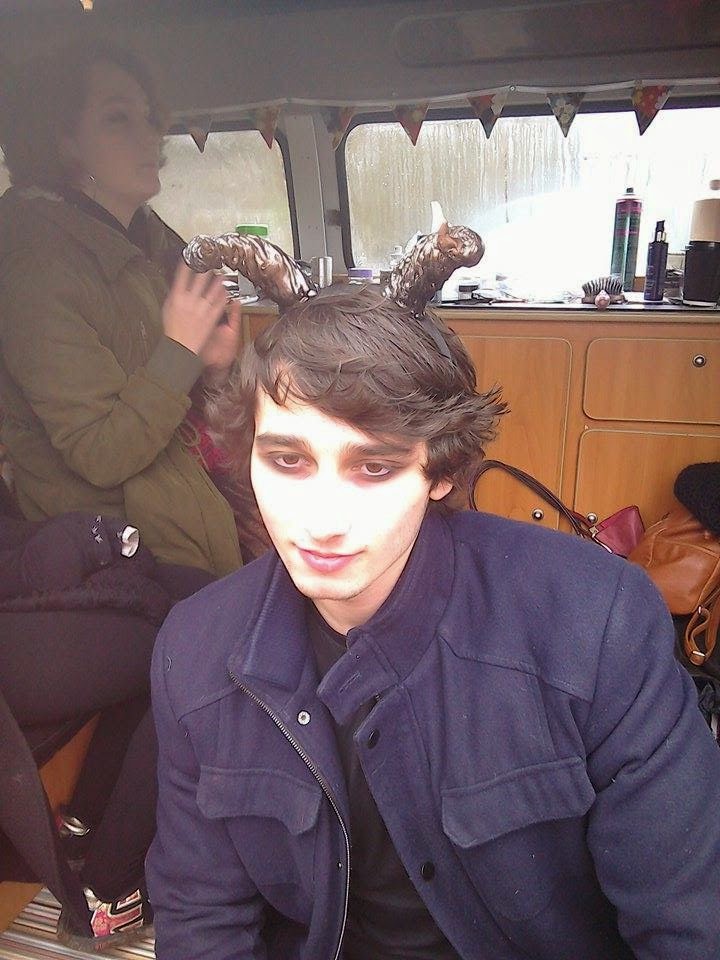 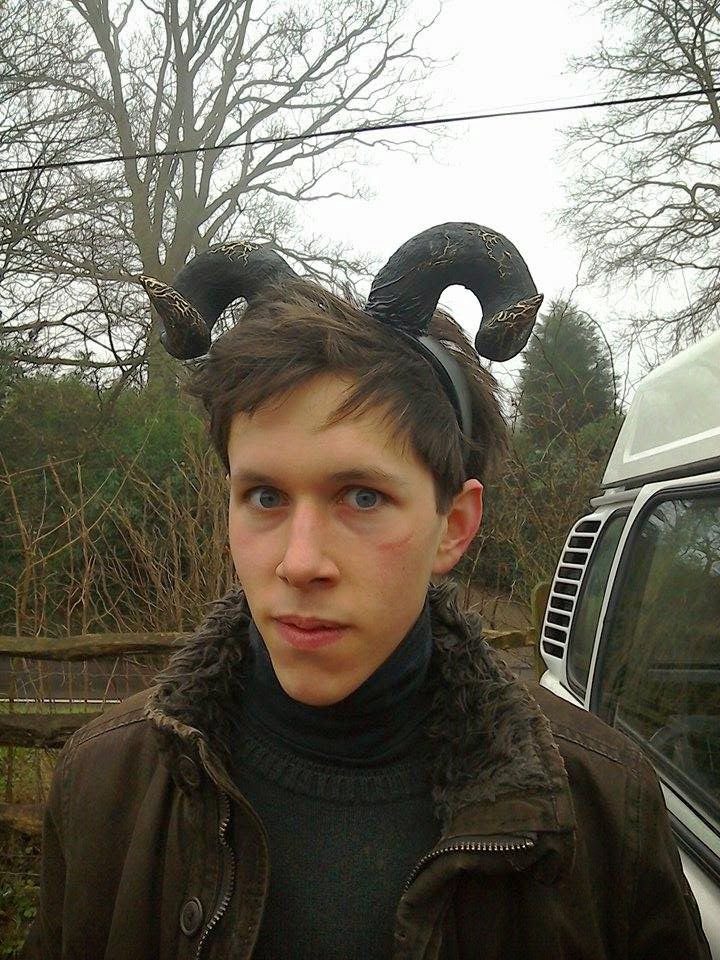 I smiled and mentioned something about being able to get my horn on now that young men had joined the party (the older I get, the more scared these young men seem to be of me for some reason) 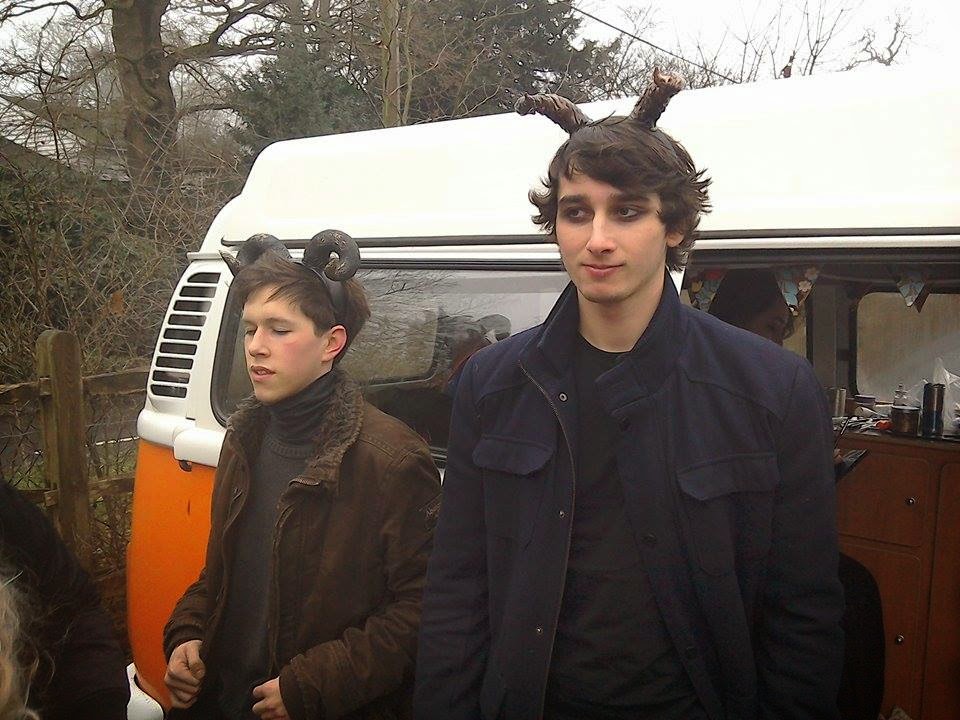 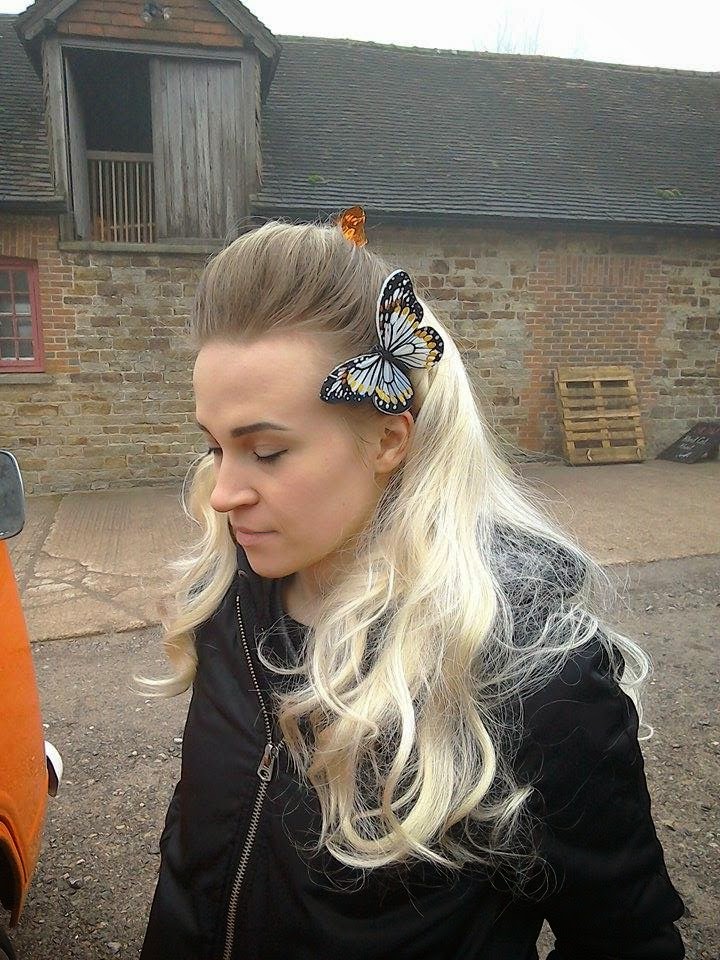 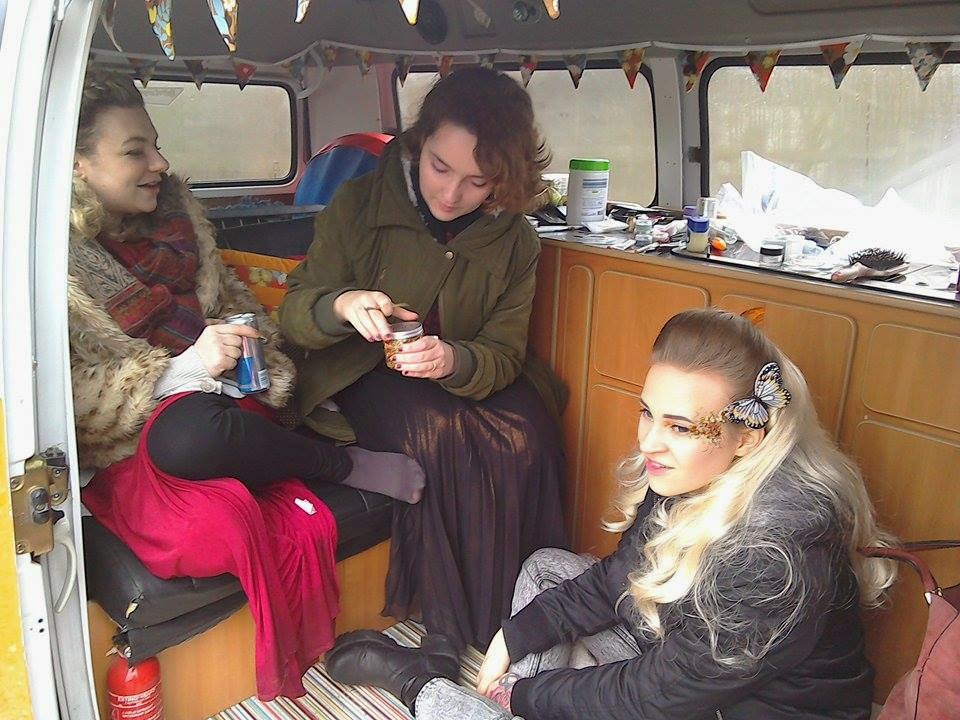 We was joined by our last fairy who had quite short hair so once again, I reached for a 3/4 wig from Annabelle's wigs to give her some length before plaiting 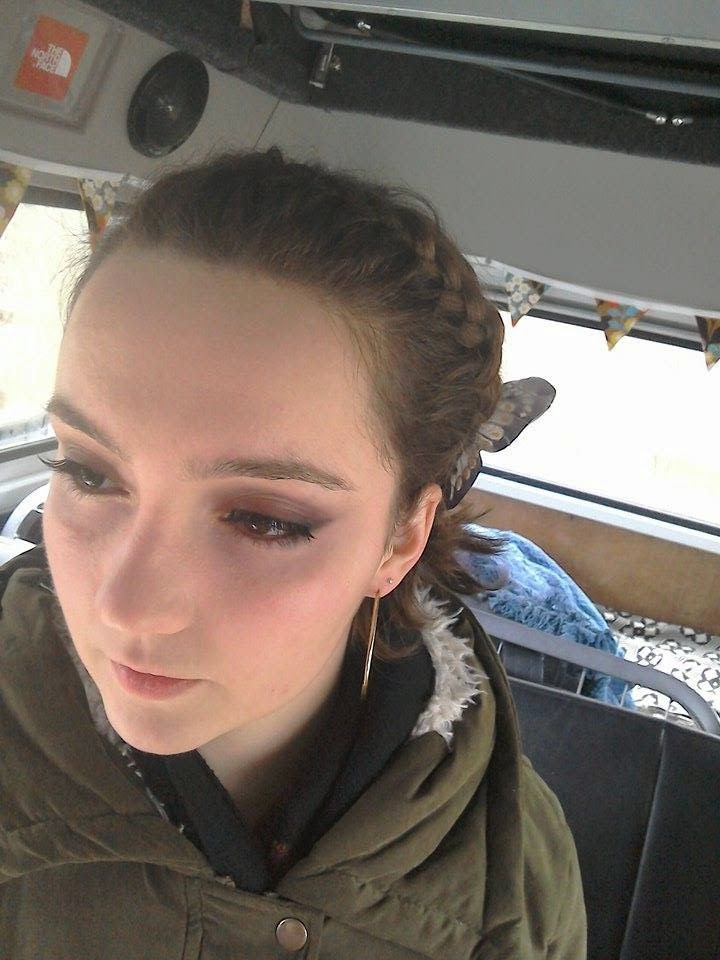 Once Klaire had completed everyone's make up, I had some time left to create two dutch plaits and then everyone was ready to start filming and it was my home time!

I'm really looking forward to seeing the new music video for Lullaby - I have heard the song and love it.

For now, you can view Malumi's last song, Snow here;